You watch a John Woo film and you think to yourself: “Wow. I wish I could do that!” Knowing full well that it’s impossible and that it’s the wires that make those Kung Fu masters fly like that.

It doesn’t take away from the sheer badassery of watching Jet Li beat down on someone from 50 feet in the air. That being said, a fully realistic and subtle martial arts movie is not what we think of when asked about fighting movies. I would like to change that thinking with one name… Redbelt.

Chiwetel Eljiofor (Ten Years a Slave and Serenity) stars in this Brazilian Jiu Jistu and MMA film set in Hollywood. Not only is it a well acted movie (one exception) with a subtle script (that actually intrigues you as to how people are speaking or what they are thinking… you know, like real life), it also has some of the most authentic fighting I’ve ever seen in a movie. Most of the martial arts in the movie is Brazilian Jiu Jistu, but with some take-downs from other arts.

I’m going to to forego telling you about the plot, as it keeps you guessing where it’s going. I will only reference that it is with subtle statements of repetition that they show the essence of the people you meet in the movie. I loved that. You want to know what someone thinks is important you pay attention to what he talks about the most, and focuses on. 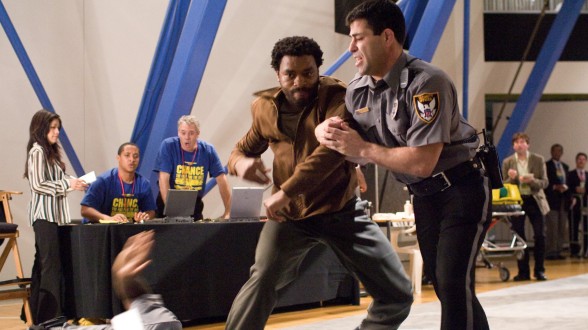 Lastly, the movie is essentially about honor and its existence necessarily tied to truth. This can be shown through how you fight, but I’ll let the movie present it’s message… it does a better job than I can. A nice addition is adding some of the history and historical people of Brazilian Jiu Jitsu, while adding actual BJJ fighters.

*Editor’s Note – Ben Ranieri is a martial arts enthusiast and action-movie buff, having practiced Wing Chun and Brazilian Jiu Jitsu… as well as having watched the entire catalog of Arnold Schwarzenegger films (he considers Predator Arnie’s finest). To relax after a hard day at work, he likes to enjoy a nice whiskey on the rocks. You can look forward to future articles from Ben reviewing both movies and whiskeys here a BroestBros!