Not everyone can be Wolverine! Stop asking!

*Editor’s Note: We are following up our countdown to Thanksgiving with a BBYK Christmas Countdown. Come celebrate #BBYKCC with us and enjoy new content every day this BRAHLIDAY SEASON! Think of it as a stocking stuffer for your mind and X-men Legends a stocking stuffer for the Bro that grew watching X-men during the Saturday Morning Cartoon lineup!

Now that that’s out of the way, welcome to the best Beat ‘Em Up game series of our generation, “X-Men Legends”! It all starts with Magma, some teenage M-word girl (mutant!) who moves into the X-Mansion once Magneto tries to kidnap her for his own plans. (note: they’re his mutant society plans, not his X-rated ones. Magma is still jailbait) 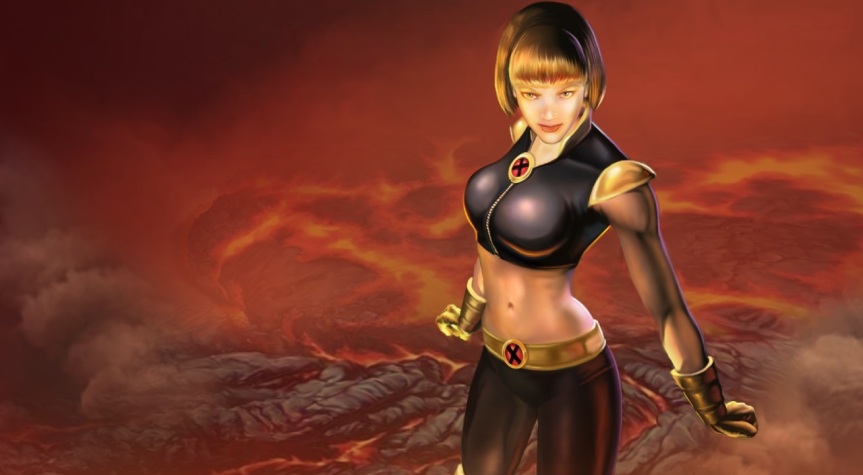 This tidbit of plot is a nice continuation of the genre’s “kidnapped girlfriend” theme/motif/McGuffin/excuse to punch things. Naturally, Senator Kelly, the Morlocks, the Sentinels, and all your other favorites from The X-Men universe make an appearance. Play as a bunch of different characters — including Professor X at one point — until you make it to “X-Men Legends: Rise of Apocalypse”.

Here you’ll team up with Magneto and the Brotherhood to, obviously, take down Apocalypse. Use a slew of different mutant powers while equipping a modest 3 items and forgetting you have health potions until you get whacked by a boss. Trade out your favorite characters for someone like Rogue, because sometimes you need a character who can fly and have useless special moves.

Up to 4 players can join in on the time-wasting! The game is only 10-15 hours long, but the few cut scenes and the different locations will let you know who or what bad guy you have to bludgeon. The series is firmly placed in the beat ‘me up tradition, but in the Action RPG style of Diablo or Baldur’s Gate (Sorry, Double Dragon, we’ve moved on. You, too, Final Fight).

These games from Raven Software are very early 2000’s, but that’s not a bad thing. The collectibles and trivia are a great way to learn your comic book history , and playing video games is more fun than Wikipedia (or reading comic books). Sure, the graphics are glitchy, and the games are old enough to be talked about in terms of “graphics”, but they are eminently replayable, aggressive, fun entries. Nerd out with “X-Men Legends”!