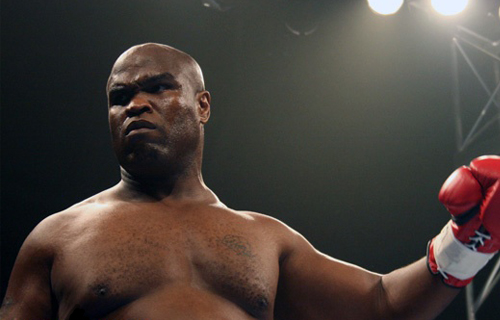 By: Matt Alexander and Viet Doan

MMA is a wild ride for anyone involved, even fans. The build-up, the pressers, the walkouts, the fight itself, the post-fight interviews – everything – is both larger than life and viscerally relatable. The sport fires us up because it is tactical, it is showy, it is mythical even, but mostly because it harkens to our animal nature of surviving. Any spectator can understand who won a fight when one of the fighters is out cold. The relationship of the sport to our survival instinct is its greatest strength, but this must be tempered with an understanding of who we are, who we want to be, and what that means as an expression of sport.

The struggle we are engaged in as fans of MMA is trying to separate the Jekyll from Hyde, both within the sport and within ourselves. Just as Jekyll and Hyde existed in the same man, so too do many issues, both positive and negative, exist in MMA. The positive gains from the sport of MMA are occurring right alongside its negatives, and, without getting too heavy-handed, proper etiquette and sportsmanship as well as safety measures and good business practices must rule the sport in lieu of vices. It will take time and honest scrutiny from fighters, promoters, and fans in order to further harness the positive aspects of this young sport while mitigating its negative ones.

In a recent interview with BBYK, retired MMA  veteran Gary Goodridge said that these fighters know “they are signing away their life on the dotted line” when they contractually agree to fight.  Fighters understand that there is an assumption of the risk taken with such a violent sport. “A fighter fights,” he went  on to say, a simple illustration of the warrior’s mentality that can override the natural inclination towards self-preservation. Some fighters can’t fully commit to their occupation without abandoning a mindset of caution and safety. Goodridge would later say in the interview that it is up to the corner-men, the support group, to help protect the fighter from himself.

In a time when children are suspended from school for looking at someone wrong, it’s a relief to see combat sports growing in popularity. Ronda Rousey mentions in an interview that fighting is healthy for a culture that is so directed towards comfort and ease. This is eminently true today when violence is simultaneously glorified in the media, news networks, and Hollywood, while at the same time being overly warded against in the rest of society. Our animal roots, if we are to observe evolution, are being denied by certain constructs of society overstepping their bounds to restrain what is natural. Ironically, this microcosm is reflected in MMA itself:

Most issues of sportsmanship in MMA are easily resolved. Rousimar Palhares was banned from the UFC for holding on to submissions after his opponents tapped (an action which is both unsportsmanlike and dangerous), and most people agreed with that decision. Other matches provide for more grey area. Dan Henderson versus Michael Bisping at UFC 100, to my mind, shows the good, the bad, and the ugly of MMA; the good was seeing an older Dan Henderson step up to control a match against a younger opponent. The bad was watching Bisping get slept by a right hand (although some see this as good; goodwill is not the ill will towards Bisping, but the “good will” towards Henderson’s success, so in this sense we can cheer when someone is knocked out). The ugly was watching Henderson dive with his right hand to again bounce Bisping’s clearly unconscious head off the canvass. Fortunately for Michael Bisping, he has continued to fight after the drubbing he took without much visible effect.

Other issues are even murkier. The doctors and training teams at professional events are truly world class. Even the referees, who often get criticized for their work, are making accurate decisions in real time in what has to be one of the more difficult jobs on earth. Still, without some massive advances in medicine and technology (and their implementation into professional fighting), injuries, trauma, and even death will continue to be part of MMA. Fighting can bring people up or it can drag them down. For all their rough edges, the Diaz brothers seem like pretty good guys, and we think Nick is better off for having had a career in fighting. On the other hand there are guys like War Machine who seem to have had problems that were only exacerbated by the head trauma and the lifestyle.

You often hear the phrase “He’s a beast/machine/killer” touted by commentators. The sad thing about this is that that person you’re referring to is human first. Part of why we love Ariel Helwani’s interviews so much is because he is able to shed new light on fighters and their lives. Most everything he reports is a human interest story, and that helps to “humanize” the people who are often reduced to their athletic abilities. Our ability as fans to contextualize the athletes as fellow humans is what should separate MMA from a blood sport.

Using these recent events as an impetus, we at BBYK would like to use this opportunity to further explore the issues that fighters face. Look out for future articles in our new series, “My Toughest Fight Yet.“