To quote a friend of mine, “I’m really happy that at a time when certain other companies are selling me glorified gambling, Nintendo decides they’re going to do some crazy shit with cardboard.”

No kidding, I think this stuff is pretty cool. It has the addictive fun of video games, the instant gratification that comes with technology, and it scratches that master builder part of our brains that Lego used to support the Danish economy. Sure, $70 for cardboard may seem extreme, but I believe the point is Nintendo is selling an experience. Parents can now bond with their children over making cardboard robots instead of just collecting Korok Seeds. 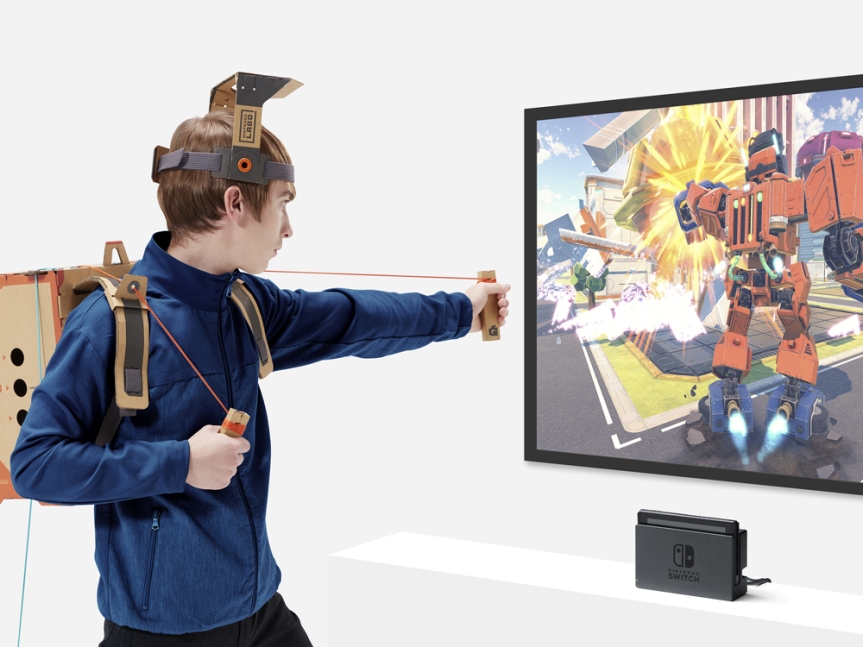 Per Nintendo, the $70 Variety Kit includes: “two Toy-Con RC Cars, a Toy-Con Fishing Rod, a Toy-Con House, a Toy-Con Motorbike and a Toy-Con Piano.” Here are the descriptions from the site: 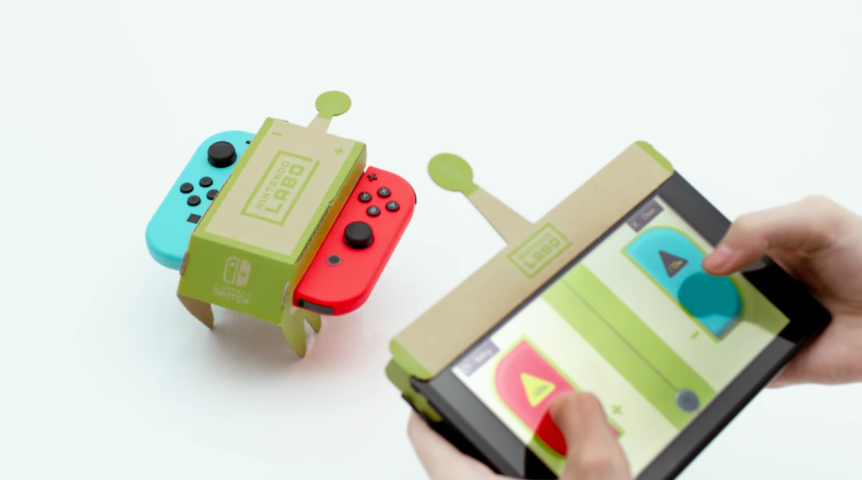 Toy-Con RC Car: Insert the Left and Right Joy-Con into your newly built RC Car and control its movement using touch screen controls on the Nintendo Switch console. The HD Rumble feature in the Joy-Con controllers will cause vibrations that move the car in the direction you choose. Materials to construct two RC Cars are included.

Toy-Con House: By inserting various assembled blocks into openings in the sides and bottom of the House, you can interact with, play games with and feed a cute creature on the front-facing Nintendo Switch screen. Each differently shaped block is detected by the IR Motion Camera on the Right Joy-Con inserted on top of the House.

Toy-Con Motorbike: Insert each Joy-Con into an assembled set of handlebars to drive a motorbike on the Nintendo Switch screen. Pressing the ignition button starts the engine, while twisting the right handle activates the throttle. Leaning your body or turning the handlebars left and right controls the motorbike.

Toy-Con Piano: After assembling a beautifully crafted 13-key piano and inserting the Nintendo Switch console and Joy-Con, you can experiment with your own musical creations by pressing different keys. You can even insert different assembled knobs to create new sound effects and tones!